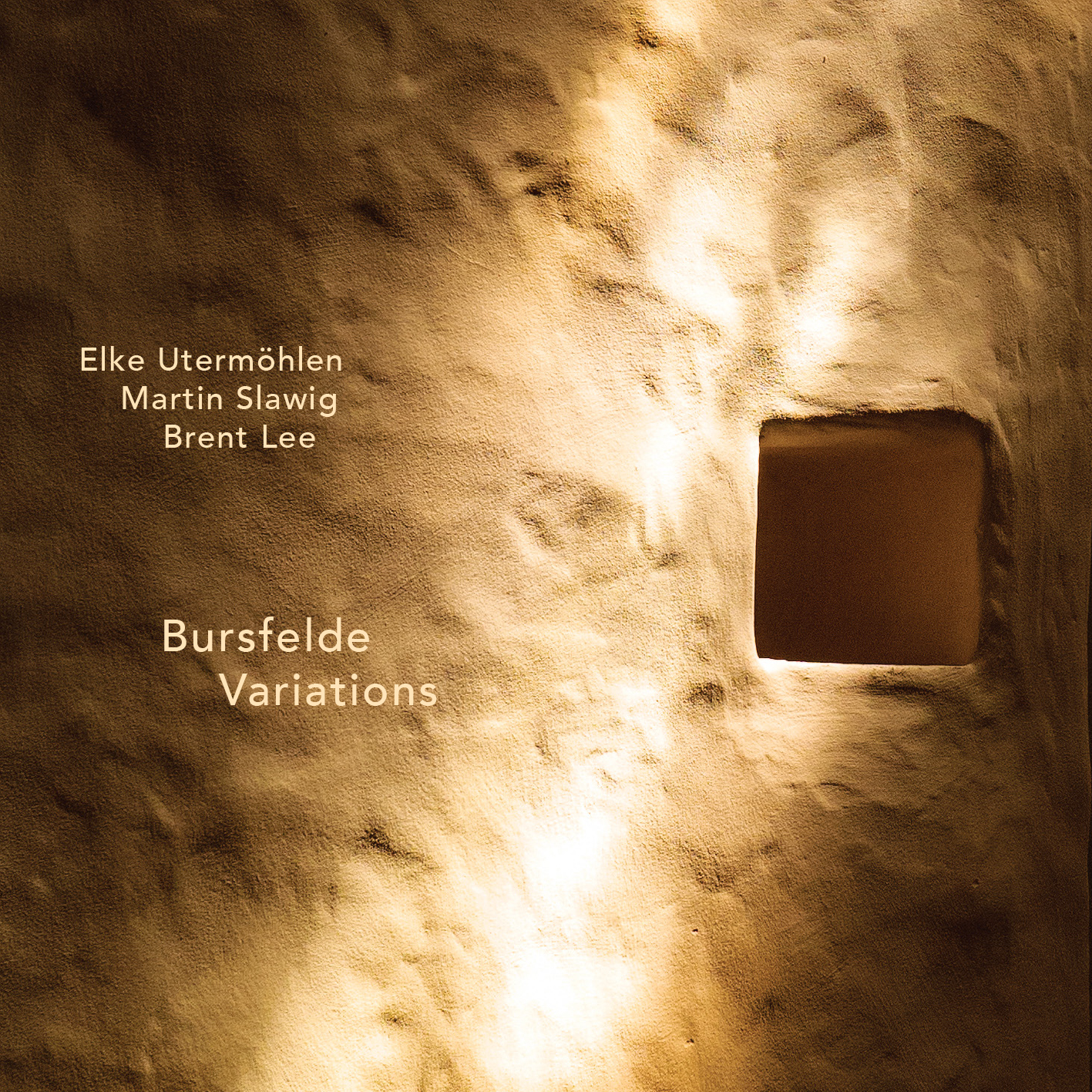 by
blackhole-factory and Brent Lee

Bursfelde Variations (2018)
an electroacoustic soundscape in eight movements
a collaboration of blackhole-factory (Elke Utermöhlen and Martin Slawig) and Brent Lee
a sonic exploration of the Bursfelde monastery church, Germany
Please check the pdf file in the download options for all informations and additional images!
Flowing water is an important source of inspiration for Martin and Elke. We have often driven along the river Weser and enjoyed a stop at the monastery Bursfelde to let the unique atmosphere of the place affect us.
Already from a distance, one sees the buildings of the monastery that was built in 1093, ideal in an open environment, so that the view to the architecture is hardly disturbed.

The monastery is situated in an extraordinary landscape. It was built on the banks of the Weser which flows through a flat area with wide meadows, there are a number of small watercourses and a little lake in the monastery garden. Walking around you can hear the sounds of the water surrounding the buildings in many places. It is said that the monastery was built over the remains of a druidic cult site whose energetic influence can still be felt today. The proximity of the river and some circular water sources may have contributed to this idea.
When you enter the monastery church, you immediately feel the power of the unique acoustic characteristics of this building. When we visited the monastery church together with Brent Lee in the summer of 2016, we found out that the monastery from time to time gives artists the opportunity to stay and work there within a short residency.
We inquired about the possibility of a short project there to explore the sound characteristics of the church with our artistic methods.
In July 2018 we finally got the opportunity to spend a day and a night in the monastery church.
Martin Slawig had prepared a number of experiments to try involving various
microphone configurations. Additionally, Elke Utermöhlen and Brent Lee improvised vocal pieces, and we recorded the sounds of whistling, stones bouncing on the stone floor, Martin playing the Asian bowl percussion instrument, and impulses of white noise and clapping for use in convolution reverb devices. This source material was used to create eight tracks of sound art. Movements 1-3 and 5-8 were mixed by Martin Slawig, movement 4 and the coda by Brent Lee.

The recordings were made with the kind permission of Bursfelde Monastery on 12 and 13 July 2018.
1 [4:35]
This movement is based on Martin’s Max patch that records 5 minutes of ‚silence‘ (the ambient sounds entering through the massive stone walls and windows at 6 o‘clock in the morning), plays it back into the space, records the resulting sound and then plays the newly recorded sound back into the space. With each recording iteration, the resonant frequencies of the space emerge a bit more from the original recording, much in the manner of Alvin Lucier’s piece ‚I am sitting in a room‘. This is the 7th of 10 iterations, recorded live without further processing.
2 [4:01]
This movement features an extended vocal improvisation by Elke with Brent singing a drone bass note. The mixing shifts between different microphone set-ups, resulting in shifts of vocal colour.
3 [3:55]
In this movement, two layers are created from a short sample of Elke singing towards a corner of the space. A deep bass layer is created by transposing the sample down three octaves, while an autonomously decisive software based on Max/MSP treats the vocal sample with granular synthesis.
4 [8:50]
This extended movement is a collage composed with many vocal samples, layered and processed in various ways. All of the sounds, including the percussive gestures,
originate as recordings of singing and whistling.
5 [3:59]
This movement is composed exclusively from sample recordings of Martin playing the Asian bowl and gravel collected in front of the chapel. Again here, multiple layers are created that feature the original recordings transposed downward and stretched in time.
6 [5:53]
This movement is presented essentially as recorded in the space, with Elke singing and Brent whistling. An improvised counterpoint. The sound of a bird singing can also be heard in the background.
7 [5:15]
This movement is based on granular processing of one very short sample of Elke’s voice.
8 [4:46]
This movement uses the same technique as movement #1 but with white noise played back in the space. It presents all 12 cycles of the white noise iterations, synchronized and superimposed. Each cycle is heard once, fading in and out over twenty seconds. The sound of the church bell was a surprise in the eighth iteration, but there you go.
Coda [8:56]
This final section is a re-processing of the fourth movement, presented as a coda.
Brent Lee (Canada) is a composer, media artist, and musician whose work explores the relationships between sound, image, and technology, especially through multimedia performance. He has created more than 100 works, ranging from orchestral music to interactive media pieces to film soundtracks. In addition to performances and broadcasts in many countries, several of his works have been commercially recorded.
He is a co-founder of the Noiseborder Ensemble, and has been awarded significant funding for research/creation through the Social Sciences and Humanities Research Council of Canada, the Canadian Foundation for Innovation, the Canada Council for the Arts, and the Ontario Arts Council.
Brent holds degrees from McGill University and the University of British Columbia, where he completed his doctoral studies in 1999. He is Professor of Integrated Media in the School of Creative Arts and Associate Dean Research and Graduate Studies in the Faculty of Arts, Humanities, and Social Sciences at the University of Windsor.
http://homstal.com

blackhole-factory is a german intermedia arts group working at the intersection of the performing and audio visual arts, integrating interactive technology and subversive low-tech aesthetics. Members are Elke Utermöhlen and Martin Slawig.
blackhole-factory creates performances and installations utilizing the creative tension between information technology and the physical presence of bodies in space, experimenting with possible methods of augmented space and perception. Their performances explore the development of open spaces during improvisations that celebrate the unpredictability of the moment.
They performed and presented work at festivals, universities, in theatres , galleries and alternative spaces in Germany, UK, Australia, Mazedonia, Turkey, Poland, Denmark, Sweden, Switzerland, Czech Rep., Ukraine, Austria, Belgium, USA, Canada, Cuba, Brasil, Israel and the Palestinian Territories.
https://blackhole-factory.com